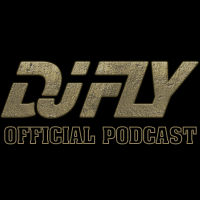 Tweeter
By DJ FLY - France
Dj Fly
DMC World Greatest performance (All Time), 3x World DMC Champion (2008/2013)
DJ FLY discovered the turntables in 1998
Influenced by the hip hop movement , he enriched by different types of music.
His set are original because without take the pressure off, he switches between different univers.
His talent made of him an international DJ:
Europe/UK/Canada/Russia/Emirats/China/Hong Kong/Japan/Taiwan/New Caledonia and more...
Turned on by scratch and technique since his beginnings in turtablism, DJ FLY begun a new challenge: DJ’s competitions. He won 6 French cups, 3 times French DJ champion, bronze medal in world’s championship in 2007, World’s champion in 2008, elected by vote of the public “Greatest DMC DJ Performance of all time” and win for the second time the World's championship in 2013. Always looking for new projects, DJ FLY began production. In 2009 he became a real beatmaker, working on his own productions Hip Hop and Electro.
DJ FLY has a large number of successful projects: Creator of Scratch Bandits Crew Group, Member of the collective " The animal " tour with Dj Netik ( DMC World Champion) , Tour with Elisa Do Brasil , a project with musicians ( guitar and string quartets ) and more...
Today, DJ FLY's sets consist of different style of music like: Hip Hop , Trap, Twerk , Electro, Drum n Bass ...
discover on live or on podcast.