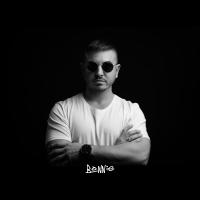 Bonnie joined the music school of his town as a drummer / percussionist where he received musical training since the age of 13. Trained by drummer’ student Phil Collins, Chester Thompson.
From his room at the Bar / Club. After obtaining his baccalaureate, Bonnie stopped cooking and landed a job as a bartender manager in a nightclub, where he obtained residence a year later. Thereafter, he continued his journey in an Ambiance Bar. 2011, he launched his first radio show. Distributed everywhere in France, but also abroad like Belgium, Germany and Switzerland. Recently DJ resident of dance radio #1 in Israel.
Find him on the download and streaming platforms with his “Prestige Radio” podcast available on iTunes, Mixlcloud, Djpod !