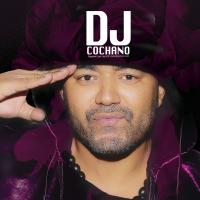 Tweeter
By dj cochano - Bern, Switzerland
Biografie Dj Cochano
No matter whether it rains or snows, hot rhythms are guaranteed the best antidote to sadness winter.
A fortiori, if they were selected as much heart and skill, and in his Sunday DJ Cochano Tropical CDs success. With several top chart positions in the Swiss DJ Charts Cochano earned a reputation in Switzerland. Also very good sales of CD’s in Germany, Austria and Sweden.
Roberto Rodriguez aka DJ Cochano was born in Santo Domingo and has dedicated his life for about 17 years Music of Home. In 1993 he took the young artist in Switzerland. Here was hired as a DJ Hot Sauce radio.Gracias to People feel and their moods will happen several times with his music, the people to make a spell. By the varied development of Latin music in recent years, DJ Cochano today a specialist in the Latin-Areas; Raggaeton, salsa, Merengue, Bachata, etc. Everything is undoubtedly DJ Cochane now one of the most successful DJ in the world of Latin scene.
His passion for music came from that was just a child. Recalls his mother put him to sleep the symphonies of Mozart, the old radio was still keeping a treasure trove of childhood skiing. Personal data is not shared by almost anyone, but to learn music is to start with the most profound and beautiful, classic. Then the young man troubled and research prove other musical currents to carry the general public. Hence, his deeply human understanding of the power of music. The universal language that unites all countries. Roberto is not only more than a DJ plays music, is a true artist who knows how to love your audience the best of musical art.
At the end of the eighties working as a tailor, he met a DJ named John Pipe, who introduced him in a professional and competitive world of music. Your friend will baptize with the name of Cochano. He had already made inroads, but sporadically in family parties, weddings and festive events causing a tremendous impression in that type of audience, especially in festivities sponsored by a liquor company called Barceló.
Within the tropical heat and gave musical chairs with other DJ music, work in popular nightclubs such as: Saturn Disco, The Yambú, El Palmar, El Volcan, Rossi Club, Chicago, Cambel Disco, all in the field of Cristo Rey . Fuego Fuego, Topaz, Chinese Aquarius, in the Sector of Los Mina. The Cobra, Happy Cache, Circuit Cobra in the Maximo Gomez. Style Club on the Malecon. Working with Johnny Mars, the employer of a program called Tele Offer, then had the opportunity to provide the group known as Juan Luis Guerra.Su 4:40 Swiss experience has been rewarding and fruitful, I come to this country by the year 1 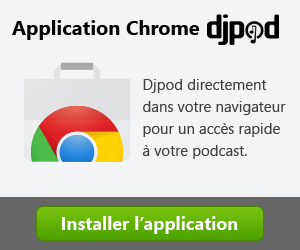