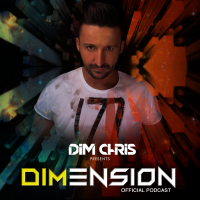 Tweeter
By Dim Chris - PARIS, France
In 2006, the Parisian DJ producer Dim Chris won Joachim Garraud’s « Young producers talents » contest. Then his career grew quite fast after his hit “Sucker” (EMI/Virgin): the track was #5 in the French charts, it stayed in the top 15 of the singles for 15 weeks in a row, and was sold in 13 countries all around the world. But Dim didn’t stop working: after many prestigious collaborations with Thomas Gold (“Self Control”), Sebastien Drums (“Sometimes I feel”), Amanda Wilson (“Sometimes”, “You found me”), Mandy Ventrice (“Human”) and Craig David (“Bits’n’pieces”), his tracks have been remixed by the cream of the best DJs like Avicii, Afrojack, Hard Rock Sofa, Daddy’s Groove, Promise Land, Laurent Wolf, DBN, Albin Myers, Abel Ramos, Ron Carroll, etc.
Therefore, the talented French DJ producer has a long list of collaborations and he earned well his status of globetrotter DJ. Quickly, major record labels appealed him (Universal, Sony Music, Virgin France via Mute label) to remix some big French and international artists like Leslie or Moby (for « Disco Lies »), and the best DJs in the world playlisted his tracks: Swedish House Mafia, Hardwell, David Guetta, Tiesto, Roger Sanchez, Bob Sinclar, etc.
Dim was also chosen to be one of the only 5 official remixers of the global hit “Hey-Hey” of Dennis Ferrer (Defected Records, longest #1 on Beatport of all time), with Riva Starr, Tom De Neef, Crookers and Vandalism. His remix was ranked in top 6 general Beatport charts. He remixed Robbie Rivera as well on “Back to Zero” and Tim Mason on “The Moment”.
Moreover, Dim became resident on Fun Radio (1st French EDM radio) in 2008-2009, then on NRJ in 2010 and back to Fun Radio in 2011 until today. Big names like Pete Tong or Judge Jules playlisted and supported Dim through their weekly radio shows on BBC Radio 1, and he was the official DJ of the famous “Pacha Ibiza Hits 2010” compilation (then 2011 with John Dahlbäck), distributed in most of the countries with an EDM culture.
After releasing an efficient strong clubbing track, “Show” in June 2013 signed in Mutants (prestigious English John Dahlbäck’s label), he renewed the experience in November with “Sh!t up” which was ranked #46 in the Top100 Progressive-House Beatport charts. Never stop producing in his studio, Dim also released “Pega5us” in September 2013 on the well-known Canadian label “BugEyed Records”, “Gallardo” on Run DBN, “Damage” on Big Fish Recordings and recently “Shirts Off” on Megaton. As he often works with his heart, Dim is releasing an EP of a brand-new original track featuring Amanda Wilson called “Nothing To Lose” on his well-known buddy Quentin Mosimann’s label, Change Your Mind records. Quentin Mosimann, Bream and Dirty Rush & Gregor Es will constitute the pack of official remixes.
About live, Dim appears impressive with his own style and his emotion that he shares with the clubbers. His musician assets allow him to mix his tracks in his quality set, his remixes and his musical crushes. He plays regularly in the most beautiful French, Asian and European clubs and already played in more than 30 countries worldwide (USA, Russia, Sweden, Mexico, Spain, Kazakhstan, Belgium, Luxembourg...).