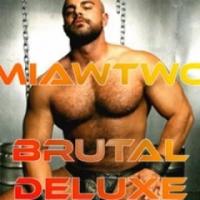 After a long absence due to an accident between february and august 2013, Brutal Deluxe was back with a little brother 'The Deep Project' (darkest and deeper than The Pi Project), sequel of one month in coma during this five month of unavailability.

Actually, Brutal Deluxe stay one of the preocupation of Miawtwo, searching for best tracks and wants no influences by radio, clubs and others DJ. Each episode starts from nothing, searching track by track which story telling.