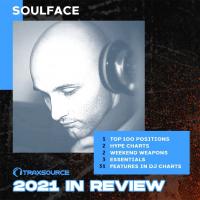 Tweeter
Par Soulface - Nîmes, France
Born in the south of France in the early 80's, Soulface grew up listening to bands like Kool & The Gang , Earth Wind & Fire. It is in 1997 that groups like "Daft Punk , Cassius , Demon" caught his attention.


Signed on the Labels: